El Eden is a small community of about 31 families located in rural Nicaragua, all of whom moved here in the hopes of one day becoming sustainable, land-owning farmers. Agros International, a partner NGO of EWB-PSP, has been assisting these families in achieving this goal by loaning out portions of the land in this region. The community members of El Eden utilize sustainable farming practices to pay back their loans, eventually gaining financial independence.

By the time that EWB-PSP first visited the area in 2009, El Eden had already become self-sufficient in providing for their own health care and agricultural development, but they sought assistance in improving their expertise in the areas of engineering-related water and infrastructure projects. In particular, the community asked EWB-PSP for advice on developing an irrigation system that would provide water during the dry season, as well as ideas on how to improve their overall storage of potable water. 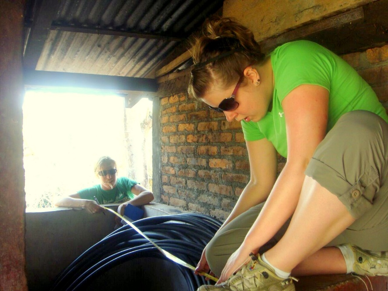 The project team traveled to the community to establish contact, learn about the communty’s needs and priorities, assess overall project feasibility, and collect sufficient technical data to support design.

The team constructed the irrigation and upgrade the potable water supply implementations. The irrigation system included installation of a ram pump driven system that pumped river water up to tanks used to route the water from the tanks to the community plots. 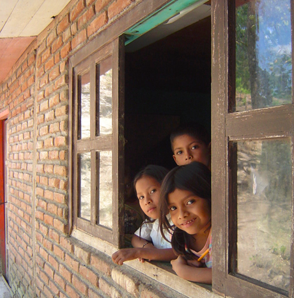 The primary issue with the water supply in El Eden at the time was that the water source happened to be located in an area that was not accessible to all in the community. To help fix this problem, EWB-PSP collaborated with Agros International and El Eden to assist with the implementation of a sustainably powered mechanical pump that would be able to transport water to elevated tanks, thus broadening the access of clean water to all residents of El Eden.

EWB-PSP also aided in a community-led initiative that sought to alleviate potable water supply constraints through the construction of a rainwater catchment system. The setup captures water from the roof of a community building and stores it in a nearby holding tank. A simple tap at the bottom of the tank provides a clean source of drinking water for all to access. In our follow-up visits to the area since the completion of both these projects, the families of El Eden have succeeded in becoming a robust farming community and the majority of them have paid off all their loans.