Negril is a community on the Western coast of Jamaica that relies heavily on the tourism industry to fund essential programs and social services. Being part of an island nation that imports 90% of its oil, diesel fuel is a particularly expensive commodity in this region.

A combination of a decline in tourism following the 2008 global economic downturn and the inherently high cost of fuel in Jamaica led to significant financial hardship for emergency responders who rely on diesel, such as firefighters and medics, to be able to provide essential services for the people of Negril. 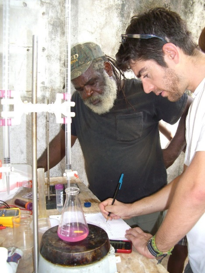 Engineers Without Borders consulted with local community partners, including the Negril Chamber of Commerce and the University of Technology in Kingston, to identify project goals and find local.

The project team returned to Jamaica to offer support and training for community members. Several process and design improvements were made to help improve the quality of the biodiesel and reduce operational costs. 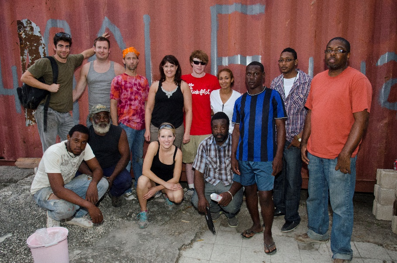 Between the years of 2008 – 2014, Engineers Without Borders partnered with local firefighters and engineering students to help train community members on how to build and operate a biodiesel processor at the Negril Recycling Center. Biodiesel is a clean and less expensive source of diesel fuel that can be produced using Waste Vegetable Oil (WVO) collected from local resorts and restaurants in the Negril region.

In addition to reducing the discharge of food waste and lowering carbon emissions, the biodiesel that the community is able to produce provides a source of low-cost fuel for the transportation vehicles of emergency first responders. 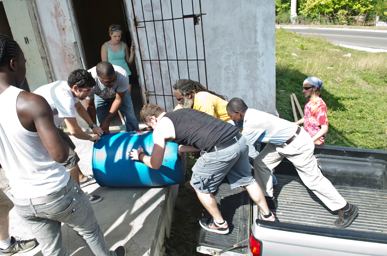 Students and professionals involved with the project traveled from Jamaica to Seattle for an immersive learning experience on commercial biodiesel production. Later that year, the team set forth on a final project implementation trip to Negril to help finalize process operations for the biodiesel facility.

Engineers Without Borders returned to Negril for a final monitoring trip where community members were consulted for feedback on the project team’s performance and the program was successfully closed out.