Mt. Everest serves as the ultimate challenge and lifelong goal for hundreds of climbers every season. It is the world's highest mountain, but more importantly, it is a sacred mountain to the local Sherpa communities.  Climbers are welcomed as they benefit the local economy by spending money at the local teahouses and provide employment to porters and Sherpas.

However, the increasing popularity is causing a tremendous environmental impact to the pristine and fragile environment of Mt. Everest National Park.  Every year, 12,000 kg. of human waste solids from the base camps of Mt. Everest, Pomori, Lhotse and Nupste are carried in blue barrels by porters and dumped into open unlined pits at Gorak Shep, elevation 17,000’.  The disposal of the climber's human waste is an environmental hazard as it is potentially contaminating the water supply of Gorak Shep and is considered disrespectful by the Sherpa community.

Efforts to clean up Mt. Everest have focused on garbage removal but little or no effort is focused on the human waste.  In March 2014, the Nepalese government announced new regulations to protect the environment of Mt. Everest and now requires climbers to haul garbage including human waste from camps above base camp.  Unfortunately they do not address what to do with the additional human waste, as there currently are no viable means to dispose of the waste other than the current practice open pits.

Thousands of biogas digesters are operating in Nepal, India, China and other 3rd world nations to process animal and human waste.   These biogas digesters produce methane gas for cooking and lighting and fertilizer for crops. Because biogas digesters rely on microorganisms to break down the waste material, they are usually built at lower elevation and hence warmer climates.

If this initial biogas digester is successful, it can be replicated in other villages in the region of Mt. Everest.

Gorak Shep is a very remote community. It can only be reached by a strenuous 5-6 day hike from the nearest airport in Lukla. All supplies, food, and fuel must be carried on yaks or by porters. There are no electrical, sanitation, or water supply systems. The village has a population of 50 residents, yet receives more than 300 visitors per day in the climbing season!

In addition to large volumes of human waste, the very low ambient temperature make keeping an anaerobic reaction going a challenge.  Because no biogas digester has ever been built in such an extremely cold environment as Gorak Shep (elev. 5180 m), the biogas digester will need to be modified to keep the internal temperature at 20-30 C in order for the microorganisms to survive and function.   Any heating solution must meet the Gorak Shep requirements of being off the shelf; low technology; available in Nepal; and very rugged to endure the long journey via yak or porter.

Various engineering, health, and cultural issues must be resolved in order for this project to be successful.

In May 2013, a site survey was completed, and the preliminary design of the biogas system was presented to the Gorak Shep community and members of the Nepalese government responsible for the environmental protection of the Mt. Everest National Park.  The final heating solution will consist of a well-insulated shelter over the well-insulated biogas digester; an array of off the shelf solar panels; and either hot water coils in the floor of the digester or immersion resistance coils inside the digester to replace the heat loss. 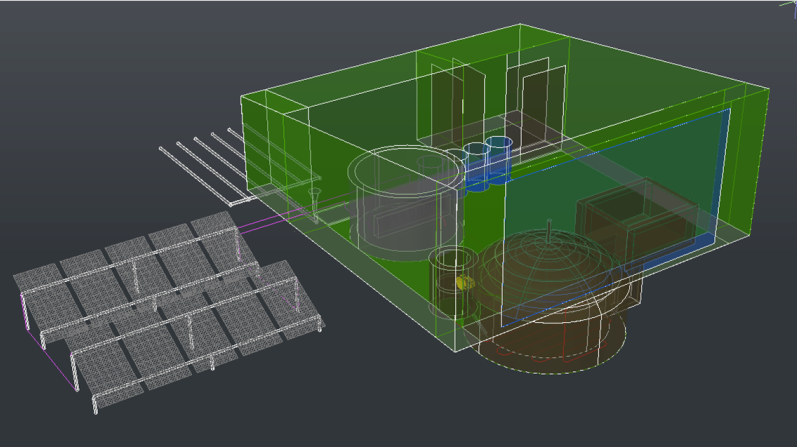 The Mt. Everest Biogas Project team is a volunteer group of Seattle engineers, which was formed in April 2010. The team consists of members from EWB-PSP, retired engineers from industry, University of Washington and Seattle University faculty, Seattle AEC consulting firms, and members from Seattle Professional chapter of Engineers without Borders (EWB).  The team is affiliated with:

To learn more about this project, please email: nepal-biogas@ewbseattle.org or visit http://mteverestbiogasproject.org.  Also, check out the Calendar page for our upcoming meetings!